The Street Fighter IV series evolves to a whole new level with Ultra Street Fighter IV for PlayStation 3, Xbox 360, and PC. Continuing the tradition of excellence for which the series is known, five new characters and six new stages have been added for even more fighting mayhem, with rebalanced gameplay and original modes topping off this.

Nintendo / Capcom Switch Street Fighter is celebrating its 30th anniversary this year. While its popularity may have started in the arcades, gamers of a certain age (i.e.

Old pricks like me) will always associate it with Nintendo too. The Super Famicom version of Street Fighter II was the game that got countless western SNES gamers curious about importing, with magazines like Super Play guiding us through the process. I distinctly remember convertor cartridges being sold out of independent game shops all over Glasgow as I (well, my dad) and many others happily dropped upwards of £100 on the Japanese version of the game so we didn’t have to wait six months for the European release. For the longest time the SNES version of Street Fighter II and its ‘sequel’ Street Fighter II Turbo were the big winning blow in the 16-bit console wars, the game Mega Drive owners were jealous they didn’t have. Until they got it a year later, mind. My (needlessly long) point is that when I think back to the early days of Street Fighter II, my mind goes back to the early ‘90s as I played it for hours every night on the SNES, wearing out my L and R shoulder buttons with endless Dragon Punches, Spinning Bird Kicks and Hundred-Hand Slaps. 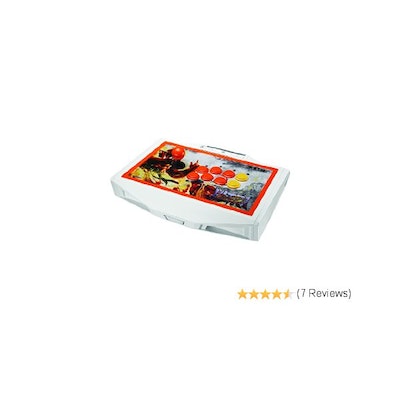 It’s fitting, then, that Capcom should celebrate Street Fighter’s 30th anniversary with a return to Nintendo and what it hopes is the definitive version of the game that kicked it all off in the first place. And for the most part, it’s succeeded. Ultra Street Fighter II is a snazzy upgraded version of Super Street Fighter II Turbo, arguably the best version of the game. It features 19 characters in total: the original eight World Warriors, the four boss characters, the four ‘New Challengers’ who came aboard for the Super editions, hidden character Akuma and two ‘new’ chaps, Evil Ryu and Violent Ken.