Taking forward the new genre of 'Youthful Movies' in Bollywood, here is a film which is a delightful watch with some sparkling performances full of energy and style. Intelligently made within a short duration of around 100 minutes, the film starts off in flying colours justifying its trendy name in a spirited style and then keeps on entertaining you mostly till the end. The Facebook generation should appreciate the attempt as it is just made for them specifically and captures the young mindset almost perfectly. The production house has planned its project well with an all fresh talented star-cast, a debutant but famous music director and a small budget film shot in its limited locations.

The dialogues are sharp and entertaining, the sequences are pretty engaging and momentum keeps on going with very few dipping scenes (in its second half). Actually what really works in the film is the chemistry between its four key characters which never becomes heavy or goes over the top. So the film is quite balanced in that direction. 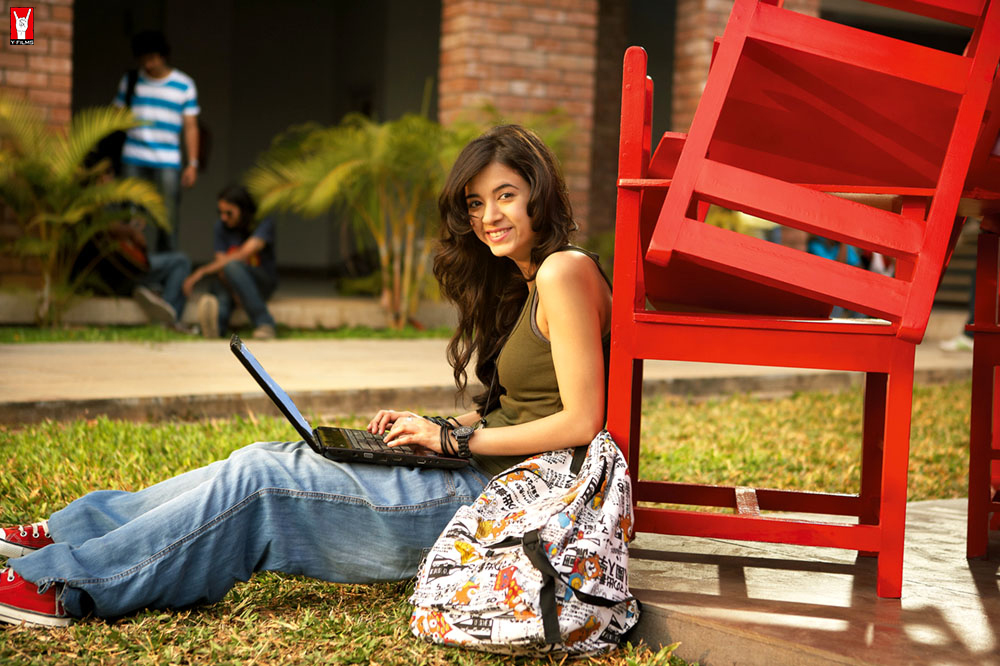 Both Saqib Saleem (Vishal) & Saba Azad (Preity), excel in their respective characters and win your heart straight away. In fact Preity earlier also impressed a lot in her short cameo in DIL KABADDI. Nishant Dahiya (Rahul) & Tara D'Souza (Malvika) support them superbly with their good looks and keep the spirit alive. The actors playing the naughty friends of Saqib successfully bring few laughs in the theater especially in the opening sequence inspired from the famous American PIE series of the West.

Musically, the film gets an energetic score from Raghu Dixit, with songs looking fine while you are watching them but still I felt their melody part could have been better. Overall the film gives you a good time in the theater mainly because of its performances and strictly not anything else. But here is my 'Million Dollar Question' to the director Nupur Asthana and the writers of the film: 'When everything was so perfectly and easily available to you right at your doorstep, then Why on earth did you choose such a rotten an overused story-plot for your film, which the viewers have already seen so many times before on the screen?' Speaking the truth, the makers very ridiculously choose the same old plot of disguised identities over the net in their film, reminding you of 'YOU'VE GOT MAIL' and many other similar movies in which the lead couple keeps chatting with each other on a site, posing as someone else. Regrettably this becomes the main drawback of the film making it entirely predictable right from the introduction of the Social Networking Site, FACEBOOK in one of its initial scenes. But luckily the execution of the plot and the talented bunch of actors save the film from being just another version of the ages old plot and the viewers keep on enjoying it despite the fact that they already know, what's going to happen next.

However the fact remains that if only the makers had thought of a new & unexplored plot for their present well directed attempt then it could have been a big HIT of the season indisputably. Yet, do watch it if you are young or young at heart and love the Facebook mania, currently the in-thing all over the world. My room-mate insisted and as earlier I made him see movies that I like I had to go this time with him. So, there I was at Cinemax, wonder mall @10.30PM last night with a disgust in my mind and little hope that I would like this movie. The scary thought was that the movie had songs!!!